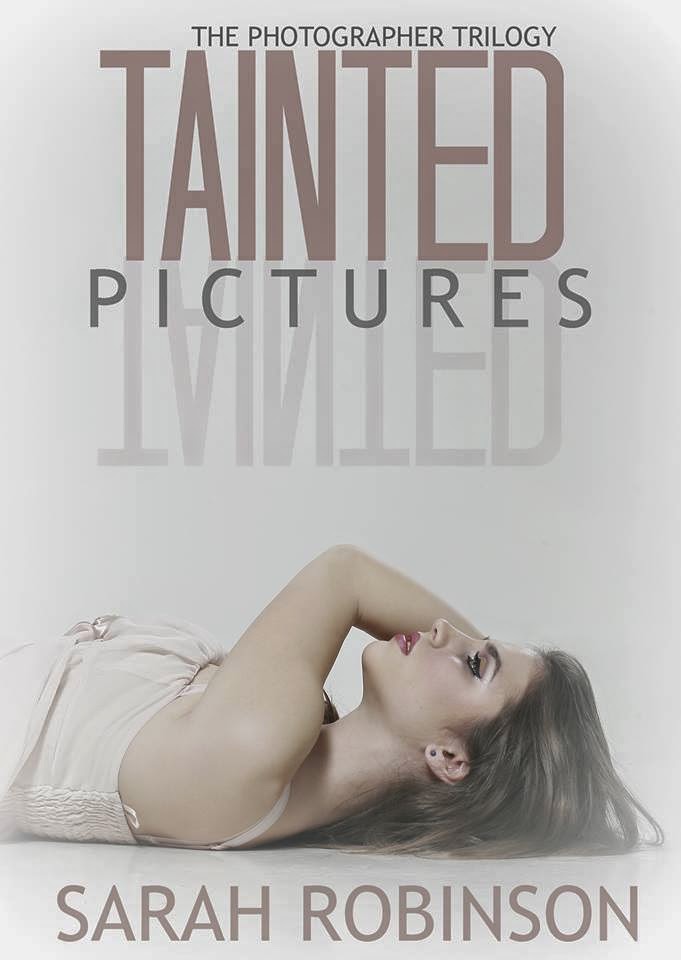 Kate Jackson had no idea who she was until she met Derrick Kane and their whirlwind romance turned out to be everything she needed to build a future and heal her past.
But a shocking crime leads Kate to uncover the work of an extremely dangerous serial killer, notoriously called "The Photographer" due to his penance for taking pictures of his victims.
Derrick continues to work to gain back Kate;s trust and to find The Photographer as Kate builds new friendships and finds new skills.
Can she catch The Photographer and learn to trust Derric again? Find out in Tainted Picture's sequel and the final installment of The Photographer Trilogy.

**Please note that this book is to be followed by a final book in the trilogy, therefore contains a cliffhanger.
DISCLAIMER: Due to violent and dark subject matter, this book is meant for 18+. 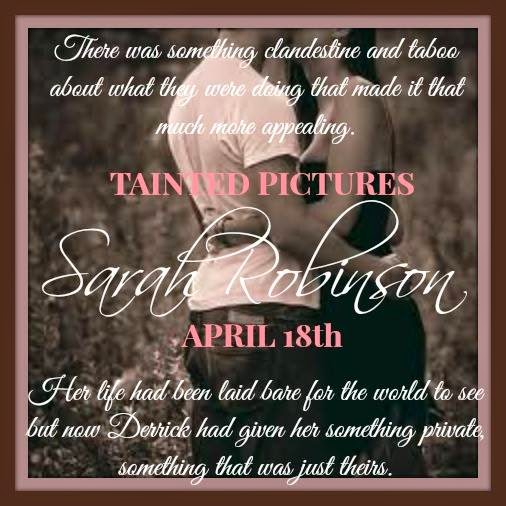 (links will be sent when available)

Kate just nodded slowly and picked up her phone.  She sent Derrick a text message, not saying anything specific except that she needed him there now.  She just didn’t know what else to tell him over text message and she wasn’t sure she could put a string of words together to talk over the phone.  The joy she had felt all day had come to a crashing halt and everything had taken two steps backwards.
Plus the truth was that she did need him.  She needed him right this moment, his arms wrapped around her to hold her up, his breath against her neck reminding her that she was alive, his eyes piercing through her in a way that always made her brain completely shut down.  She needed to shut down in that way that only he was capable of bringing out in her.  She wanted him to be there right now and her anxiety began to raise as she realized how badly every second without him felt to her.
Detective Snow was on her phone calling her partner and forensic techs to come sweep the apartment.  Kate went to her bedroom to put on a sweatshirt and some socks, since she was only wearing a tank top and pajama bottoms at that point.  She then went back to the kitchen where Detective Snow was writing in a notepad.  She sat down next to her and began sipping the tea that had been made for her, but she wasn’t even tasting it.
Finally there was a knock at the door and Kate jumped up out of her chair.  She wasn’t sure how much time had gone by since she had sat down at the table, she felt quite out of it.  All she knew is that Derrick was at the door and she couldn’t handle another moment not having his broad, thick arms clenched around her shoulders and pressing her tightly against his chest.  She rushed to the door, flying right past Detective Snow, and swung open the front door.
“Good evening, Kate.”  It was Detective McCraig with several crime scene technicians behind him wearing matching windbreakers and carrying cases and boxes of supplies.  Kate felt her entire face fall and practically hit the floor, she couldn’t possibly have looked more disappointed to see him.  McCraig wrinkled his eyebrows at her furtively, wondering why she looked so startled to see him.
She didn’t say hello back but instead just stepped to the side and motioned everyone into her apartment.  She grabbed her jacket hanging near the door and pulled it on and stepped into some tennis shoes, getting ready to leave.  She didn’t want to be here while they were making her apartment look like a crime scene again.  She just stood there, dejectedly, and waited for the last person to walk in the door so that she could leave.
“Kate?”  Someone called her and she looked up to see the last crime scene technician walk past her, but behind him was a friendly face.  Derrick stood in the doorway, almost blocking the entire entrance with his large, muscular frame.
“You beckoned, beautiful?”  He grinned at her, knowing that she needed a hint of normalcy right now.  Kate burst into a smile and rushed to him, throwing her arms around his neck and burying her face into his smooth, soft skin.  He caught her with his arms around her waist and on her back, her feet dangling off the ground as he supported her.
“Take me away from here.” Kate whispered to him.
“You’re with me now and everything else doesn’t matter.  Just you and me.  This is all that matters.  Let’s forget about everything else for tonight?” Derrick touched her chin, gently pulling her to face him.  She nodded in agreement, eager to have him take over and just care for her.  She was too worn out to keep pretending everything was fine.  Everything was not fine. There was a psychotic killer hunting her.  That’s really the very definition of not fine.
Seeing Derrick here pushed all of those thoughts away.  The way he expanded to take over the room and envelope her in his arms was mesmerizing.  She glanced up at him, her arms still wrapped around his waist and he head leaning against his shoulder.  His lips were only inches from hers.  Her eyes were searching his, looking for any signs of doubt, any signs that he might betray her again.  She wanted to push that fear away, she couldn’t keep holding onto this much fear.  She loved Derrick and she knew he wasn’t the same man he had been before.
“And I’m never going to leave you again.” He whispered, reading the fear in her gaze and stifling it immediately.  He wished he had never made the mistake to abandon her in her time of need and he knew he would happily spend every day for the rest of his life reassuring her that he would never be that man again.
The corners of her mouth lifted into a smile and she looked down at his lips and then back up at his deep, gentle eyes.  He wasn’t going to deny her another moment and so he leaned down and kissed her gently.  He squeezed her tighter against him as he did and then he smiled at her in the midst of their kiss and lowered her back down so her feet were on the ground.  With one quick motion, he reached down and one of his arms swept up behind her knees lifting her straight up into his arms.  She squeaked in surprise but didn’t try to fight him.
“Let’s go home.”  Derrick said to her, as he carried her down the hallway and she curled up in his large arms.

Sarah Robinson is a native of the Washington, DC area and continues to reside there with her new husband, Justin, and their 16 pets! She has both her Bachelors and Masters Degrees in criminal psychology.  A vast amount of in-depth work experiences in intense environments have given her a plethora of experiences to draw from when writing crime dramas. Writing has been her hobby since high school and she has been published several times.
Sand & Clay was her first full-length novel and will have a sequel coming out in 2015.  Her second book was Tainted Bodies and is the first part of The Photographer Trilogy.  Her writing often concentrates on the complexity of love and emotions and the struggles of finding your destined path through life, as well as overcoming life’s tragedies and misfortunes. She combines psychological complexities and human emotions to attempt to create real characters experiencing life in a very real way.  Her books focus on redemption and forgiveness, learning to build on what has been broken.

Posted by Unknown at 6:47 PM No comments: