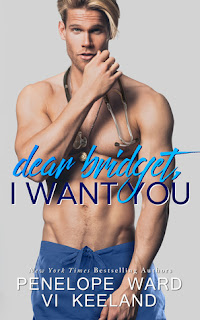 Dear Bridget,
I’m writing this letter because it’s highly doubtful I’ll ever garner the courage to say this to your face.
So, here goes.
We’re totally wrong for each other. You’re the proper single mum with a good head on your shoulders. I’m just the carefree British doctor passing through town and temporarily living in your converted garage until I head back to England.
But here’s the thing… for some bloody reason, I can’t stop thinking about you in very inappropriate ways.
I want you.
The only reason I’m even admitting all of this to you right now is because I don’t believe it’s one-sided. I notice your eyes when you look at me, too. And as crass as I appear when we’re joking around about sex, my attraction to you is not a joke.
So, what’s the purpose of this note? I guess it’s a reminder that we’re adults, that sex is healthy and natural, and that you can find me just through the door past the kitchen. More specifically, it’s to let you know that I’m leaving said door cracked open from now on in case you’d like to visit me in the middle of the night sometime.
No questions asked.
Think about it.
Or don’t.
Whatever you choose.
It’s doubtful I’ll even end up sliding this letter under your door anyway.
--Simon

Review by Jennifer
ARC received for an honest review

Oh My Gosh! I absolutely adored this book! It was such a cute love story with a tad bit of somberness to it. I have been in a little bit of a book funk lately and I was worried about reading this while I was feeling that way because I am a HUGE Vi Keeland & Penelope Ward fan and I didn’t want my slump to rub off on this book. I am pleasantly please to say that it totally did the opposite, it brought me out of my funk and made me feel all giddy again.

These characters are totally loveable! The characters are hilarious! Their banter was so entertaining, it had me cracking up. Just thinking about some of it now makes me laugh. Simon was so swoon worthy and just perfect! He will steal your heart right from the beginning ladies along with your panties too if you’re not careful. Everything that came out of his mouth was either naughty or funny and Bridget well let’s just say she was no damsel in distress, she could definitely hold her own.

“You’re welcome to climb me, luv, but be careful, some trees have thick wooden branches and you could get poked.”

These two were the best couple. Probably one of my favorite book couples that I have come across in awhile. I never wanted their love story to end! There is a little twist to this story that I never saw coming and I was pretty shocked and you will be too but it tied in great!


This is definitely a book you wanna grab and clear your schedule for so that you can just sit down and consume it. It’s a perfect little love story!


“It’s true that the greatest risk may be not taking one. But a risk is taking a chance when you have the potential to gain or lose something in the future.” 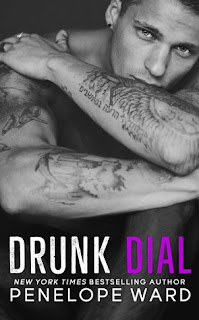 It seemed like a good idea at the time. Look up Landon Roderick, that boy from childhood whom I’d never been able to forget—even though he so easily forgot about me—and call him.

Then again, anything sounds like a good idea when you’ve had a little too much wine before bed, right? It was supposed to be just a quick, meaningless, prank call. Instead, I went off on him—unloading thirteen years of pent-up emotions.

I didn’t think he’d call me back.

I certainly could never have anticipated the weeks of sexually tense phone conversations that followed as I got to know the man he’d become.

Turned out, Landon had never really forgotten me, either. That special connection we had was still there. I opened up to him, but there were also things about me he didn’t know. And he had his own secrets.

Over the countless hours we talked on the phone, I wondered what would happen if we actually saw each other. One night, I did something impulsive again. Only this time, I went to the airport and booked a ticket to California. We were about to find out if one phone call could bring two lost souls together or if my drunk dial really was all just a big mistake.

I felt this was a unique story line and a little different from Penelope’s other books that I have read and I’ve read ALL of them.

The beginning of this book had me laughing. I mean how many times have you been out drinking and you get to thinking about “that one guy” from your past that you just can’t forget. I am sure there have been a couple of times that you wanted to call him up and say whatever you were feeling and then blame it on the alcohol the next day. Well, that is exactly what Rana Banana does! I loved it! It was funny, entertaining and well received the guy, Landon.

Just because this story starts out lighthearted don’t let it trick you into thinking there is not a deeper meaning to it because there is so much more to these characters that meets the eye in the beginning.

Rana Banana & Landon are two friend who lost touch long ago. They are two people who are broken. Together can they heal one another?

“There’s nothing wrong with having flaws. They’re what makes us human.”

Landon was dreamy. Just a very caring man. You could sense he was good from the start even though he is hiding some secrets. Rana Banana had self -esteem problems and was having trouble getting over some things from her past. It was amazing to watch these two characters fall in love and overcome the obstacles that had held them back from other relationships.

Some of the secrets revealed will shock you but the love that you feel throughout this story will melt your heart.

“Feel me wrapped around you. Smell me. Close your eyes, and just be with me.”