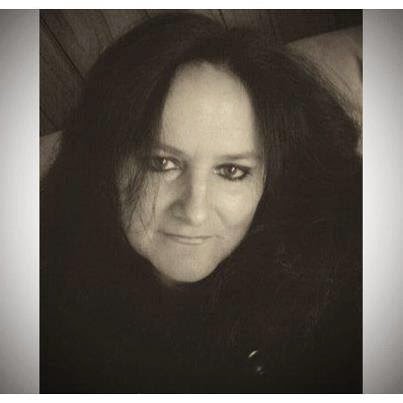 From my teenage years, all I wanted to do was become a writer one day. Even now as an adult woman with a partner and three children who are not so little anymore, I've always lived with my head in the clouds, a dreamer, often amusing myself with my own imagination.
It might have taken me awhile to live my dream, but I did it. Finally being able to call myself a published author. I can only hope that one day I will get to rub shoulders with the many talented writers out there who have kept me entertained with their wonderful stories over the years.
I live in a sleepy country town in Tasmania, Australia with my partner and three children plus our 6 cats, dog, sheep and cattle.
I've had to overcome many emotional obstacles along the way to get to this point and attempting to self publish a book does tend to make a person feel like they've thrown themselves in at the deep end of the pool some what, but here's hoping some of you actually like my stories and save me from drowning in the deep end of the pool as I probably forgot to mention, I can't swim.

1. What inspired you to be an Author?..........I have always loved to write, even as a child. I used to write short stories, poetry and I actually wrote Natasha's Awakening for a friend. It was only published after I was told I should. I guess fear of failure held me back for a long time too. I simply realised one day that I could try and maybe fail or live with the regret of never trying.
2. What character from your book would you most likely be friends with?.....Definitely Arissa  from the third book in my Passion series. She's a survivor of child abuse, same as myself.
3. How do you pick the names of your characters in your books?.....I struggle with naming characters. Some names have come from friends suggesting them but I have been known to pull out the baby names book on more than one occasion.
4. What do you have coming in the future?......The last couple of books in my Passion series but I've already started work on a new book for after the vampires. I also have the novella to finish that is the continuation of the bonus material at the end of Taming Eric.
5. How do you balance life, family, kids, work etc and still get your writing done?......I think the family would say I don't. I have been accused of being vague, forgetful and off with the fairies. I have to make sure I do the jobs around the house first or I can quickly become consumed with writing and everything else gets forgotten. To be honest if I'm totally wrapped up in what I'm writing, I'll just do the basics around the house. Still I haven't accidently killed any of the family yet.
6. What can readers do to help their favorite Authors?......Support them, buy their books, recommend their books. Word of mouth is a powerful thing. I have a group of ladies who are not only readers of my books but friends and I will gift them books or swag sometimes but some of my readers totally amaze me with their generosity, sending me food, chocolates, books, cards, even some beautiful home made gifts. 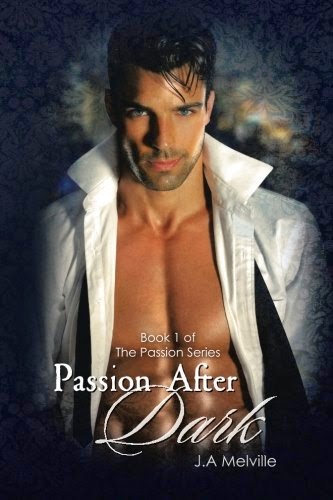 WARNING: THIS BOOK IS NOT SUITED FOR ANYONE UNDER 18 YEARS OF AGE. IT CONTAINS FREQUENT SEXUALLY EXPLICIT CONTENT. IF THIS TYPE OF CONTENT OFFENDS YOU THEN PLEASE DO NOT PURCHASE THIS BOOK.

When Dominick Cavallo first saw Allegra Anderson, he knew instantly that she was the one for him. Unfortunately Allegra Anderson, best selling author of erotica and self confessed clutz, didn't know he even existed. That is about to change.
The night Allegra's house mate Cassie insists she come out clubbing with her is the night that fate intervenes.
From the moment Allegra sees Dominick, she's spellbound by his stunning good looks. His black hair, mesmerising blue eyes and the way he speaks to her has her captivated by him.
The night they meet Dominick disappears and Allegra thinks she will never see him again, but a week later he appears to her when she least expects it and she learns something about him that could change the way she feels about him forever. He is not human, he is vampire.
Dominick is different to the other vampires. He has no desire to live their lifestyle but they are a part of his life and they are not the kind that Allegra wishes to associate with but with the stunningly handsome, but terrifying Fabian as Dominick's sire and him also wanting Allegra for himself, can their relationship survive?
Will they end up driving them apart? Will Allegra be able to come to terms with what Dominick is and when something unexpected happens, that will change who she is forever, can their love survive?
With Allegra's discovery of her newly acquired 'abilities', will she survive those who are threatened by what she has become?
Dominick simply wants the woman he loves by his side for eternity but they have so much against them and with his sire determined to claim Allegra for himself, will it be enough to destroy their relationship?
This is book one of the Passion Series.
Book 2, Fabian's story is coming soon.

Trailer:http://www.youtube.com/watch?v=tpmvKn__XoA&feature=share
Purchase the book: Passion After Dark: Book 1 of The Passion Series 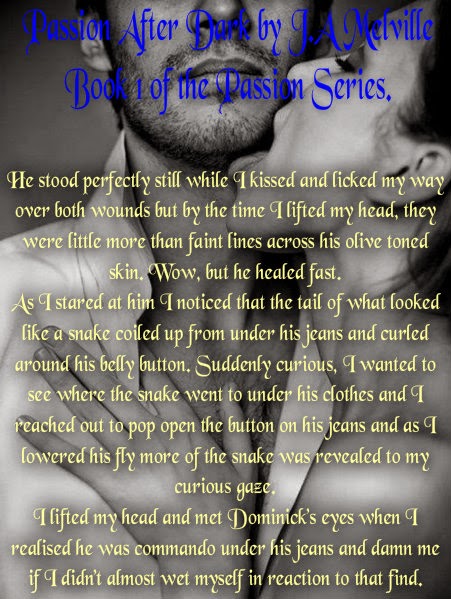 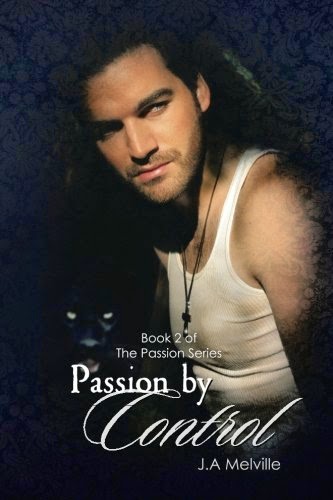 Sirene Devereaux came to town when she was hired to do a job. She was looking for someone, a man, but no ordinary one. To hide her real reasons for being in town she got a job waitressing in a club, but Sirene was no waitress. Her real passion was singing and she dreamed of doing it for a job but she had a secret, she was a witch and the man she'd been sent to find was a vampire. It didn't take long for her to find somewhere to live, make friends and she didn't even have to track down who she was in town for, he found her. Fabian Sorensen wanted Sirene the moment he laid eyes on her but unfortunately she wasn't falling under his spell like most women did. When finally he has the opportunity to spend a night with her it didn't take long to discover things weren't right with her and in a fit of rage, he threw her out of his home and vowed he'd kill her. She was everything he hated, a witch and he was everything she couldn't trust, a vampire but despite numerous challenges that threaten their very lives they find themselves drawn to one another. Fabian has never cared about a woman in his life. They were nothing more than a source of blood and sex but something about Sirene got to him. She was worming her way in and for the first time in 600 years he was coming to care about someone other than himself. The question was could their relationship survive all that threatened to destroy it? Could a vampire and a witch truly find love?
Trailer: http://www.youtube.com/watch?v=jsf7oF8nVB4&feature=share
Purchase the book:  Passion by Control: Book Two in the Passion Series 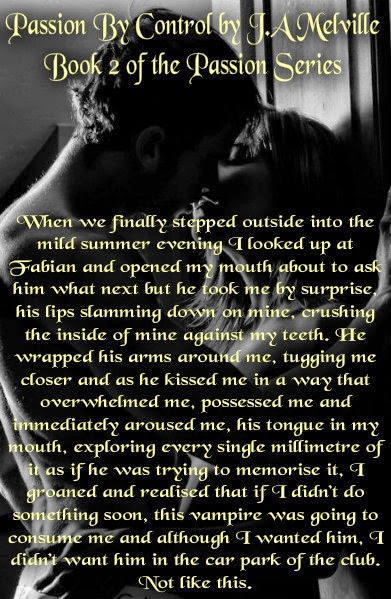 Other Books by J.A. Melville:

Passion and Fire: Book 4 in the Passion Series

Posted by Unknown at 1:56 PM No comments: