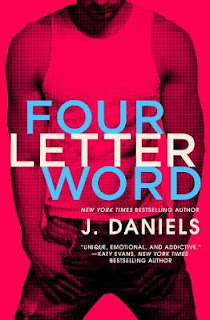 Sydney Paige was never so mortified to hear the words "wrong number" in her life. She meant to tell off the guy who broke her best friend's heart, but unleashed her anger on a perfect stranger instead. And now her world is turned upside down by the captivating man who wants to keep her on the line.

Brian Savage is living a life he's quickly come to hate-until Sydney's wild rant has him hooked and hungry for more. Soon the sexy woman on the phone becomes the lover in his bed. But Brian has secrets, and the closer he lets Syd get, the harder it is to shield her from the devastating mistakes of his past . . .

Have you ever been hit with a blow so devastating that you weren’t sure how you would recover from it? That is exactly what happens to Sydney in the beginning of this story. However the saying, when one door closes another one opens turns out to be true. Only in this case it was the wrong phone number that opened up a new life for Sydney, one that she never thought she would get.

Right from the start this story caught my attention. When Sydney and Brian met it was fuuuunny. I was totally laughing my butt off. I couldn’t get enough of this story in the beginning. Brian was a very loveable, sweet character but he is hiding a secret of his own. He is living with very painful memories that he is trying to overcome and he may never get past them. Brian is in a very dark place and the only person who seems to be able to bring him out of it is Sydney.

Sydney is fresh out of bad relationship that she didn't realize was bad until she was out of it. Her self -esteem is at a low point and she isn’t looking for anything serious. She doesn’t realize the impact that she is having on Brian and she really doesn’t know the impact that he will have on her life.

Four Letter Word is a story about living with your regrets, living with guilt and trying to move on. It’s also about falling in love again and accepting people for who they are, not what you want them to be.

There were definitely parts of this story that I loved but there we also periods where I had trouble staying connected with the story. Overall though, I did really enjoy these characters and their friendship and I would really like to see a book about Tori & Jamie (Sydney & Brians best friends) come out. They were terrific second characters! This was a good read with some deep, emotional parts but also some funny and heartwarming moments.

Posted by Unknown at 8:28 PM No comments: