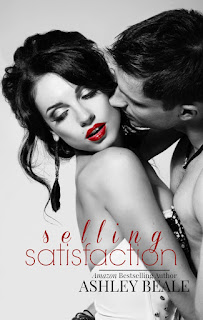 Synopsis:
Whore. Slut. Homewrecker.
Those are a few names associated with what Brenna Konners does for a living- and she can't argue. After all, she is an escort.

Being put into foster care at only eight years old, Brenna found any way to cope with her pain and loneliness. Drugs and alcohol never did much for her. It was when she found the power in which sex holds, she knew she found an addiction unlike any other. The idea of love is vacant. There is nothing anyone can give her that'll make her change her life. She has it all; a nice condo, a gorgeous car, all the money she could imagine, and more.

That is until an alluring, persistent man named Everett moves in downstairs.

Everett Burke is great at being a detective, but one massive screw up sends him home to pack his bags. His new assignment in a different state has him bringing down a prestigious escort business.

It doesn't take long for Everett to fall for his sexy and mysterious neighbor, Brenna. He attempts to unearth her secrets, only to find more. As she opens up to him, he wants to return the favor, but being a detective means he has to lie about his career. It pains him to keep things hidden from Brenna, but nothing hurts him more than when he opens the hotel room one night to find out she is part of the same business he is planning to expose. 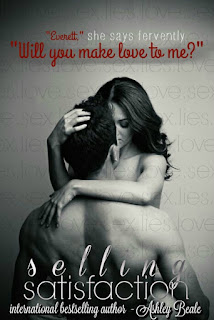 OMG Ashley Beale goes and blows it out of the water yet again!  I've read three of Ashley's books so far and with each being very different, I loved them immensely.  She did NOT disappoint with Ex Convict.  It had drama, excitement, hot, steamy sex and tear at the heart moments.  It was so good I kept prolonging the book because I hated it to end.

Hope wanted to be a better person.  She wanted to be better for Jenny, the girl Hope went to prison for killing.  She meets Wes, who is a hot alpha male and treats women terribly.  He screws them and then tells them to see themselves out.  He likes the idea that Hope likes how he treats her and he can't seem to get her out of his mind. He doesn't know why she likes it, but he senses there's a secret she isn't telling.

Ex Convict had me in the first chapter and kept me interested throughout the whole book.  There were twists I never saw coming, which made me yell and contact Ashley.  There were also heart breaking moments that had me gasping and screaming "NO"!  Books that make me react like that deserve a 5 star rating.

Thank you Ashley for another awesome piece of entertainment.  I will never not read a book written by Ashley Beale.  <3 br="" girl="" ya="">


View all my reviews

Posted by Unknown at 7:28 PM No comments:

Review of FORGIVE ME by Ashley Beale

Forgive Me by Ashley Beale

I received an ARC of Forgive Me for an honest review.

Well dang it....Ashley killed it again!  I didn't think it could get any better, but she has blown me away again.  This book is a long lost love story that made my belly flutter and also had me all teary eyed.

Lexi Bennett, the middle child of 5 kids, had a sad childhood.  She felt unloved and uncared for.  She had no friends until Zander Fields came along.  Zander was the light she needed.  They became the best of friends & always spent time together.  However, things took a turn and she was forced to move away.  Ten years later she is "sort of" forced back home to Texas where she thought no one really loved her.  Little did she know the welcome she would get from most, would be loving.  She doesn't show up alone though, she has her 9 year old son in tow.  To see the shocked faces of everyone would be priceless.  As her stay eventually comes to an end, Lexi must decide what she should do.  What's best for her and her son.  It's very heart breaking knowing she may decide to leave and go back home to Ohio even after all of the acceptance from her family.

There was some drama, the banter between some of the characters was awesome, there were many sad moments knowing she would've been accepted back home many years ago, the sex was sizzling and the happy moments had me grinning like a cheshire cat.  I absolutely LOVED everything about this book, which made it very hard to put down.  "Forgive Me" is definitely a MUST READ!!  So add it to your TBR list now.  :)  Thank you Ashley for another AWESOME book!

View all my reviews
Posted by Unknown at 7:37 PM No comments: