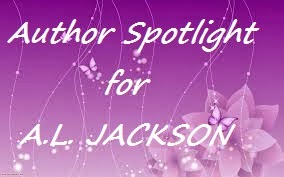 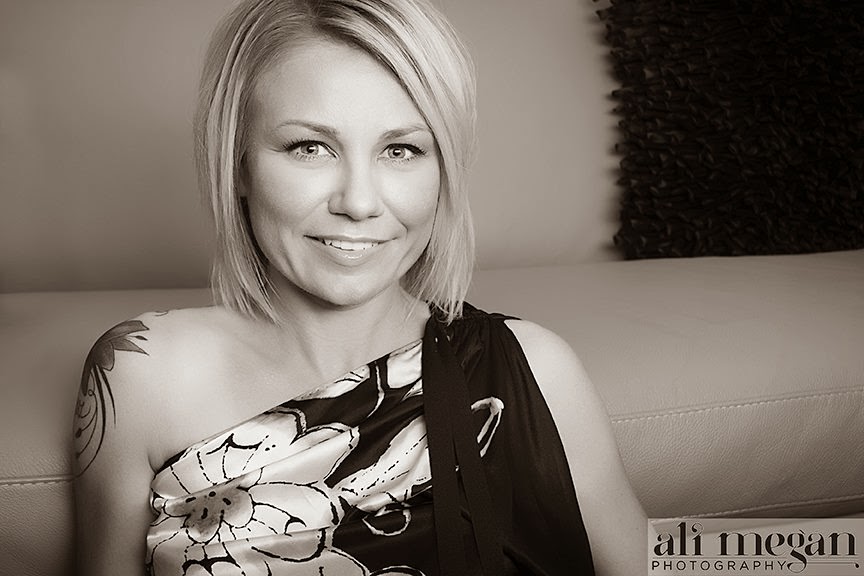 A.L. Jackson is the New York Times bestselling author of Take This Regret and Lost to You, as well as other contemporary romance titles, including Come to Me Quietly, Pulled, When We Collide, and If Forever Comes.

She first found a love for writing during her days as a young mother and college student.  She filled the journals she carried with short stories and poems used as an emotional outlet for the difficulties and joys she found in day-to-day life.

Years later, she shared a short story she’d been working on with her two closest friends and, with their encouragement, this story became her first full length novel. A.L. now spends her days writing in Southern Arizona where she lives with her husband and three children. Her favorite pastime is spending time with the ones she loves. Come To Me Quietly (The Closer To You Series 1.0)

From the acclaimed bestselling author of Lost to You and When We Collide comes a new adult novel of one woman’s obsession: a man who’s as passionate as he is elusive—and as tempting as he is trouble.…

Aleena Moore is haunted by Jared Holt. It’s been six years since she’s seen her brother’s best friend, the self-destructive bad boy she secretly loved in high school. As the years pass, she knows it’s time to move on. Time to decide between a practical nursing degree and her true dream as an artist. Time to get over Jared and give another guy a chance…

Just when she opens her heart to her friend Gabe, Aly returns home to find Jared sleeping on her couch. The teenage boy she loved has grown into a man she can’t resist. Covered in tattoos and lost in rage, he’s begging to be saved from his demons—the memories of the day he destroyed his family. As the two reconnect, their passion is hot enough to torch Aly’s judgment. But can she risk her future for a man who lives on the edge of destruction? 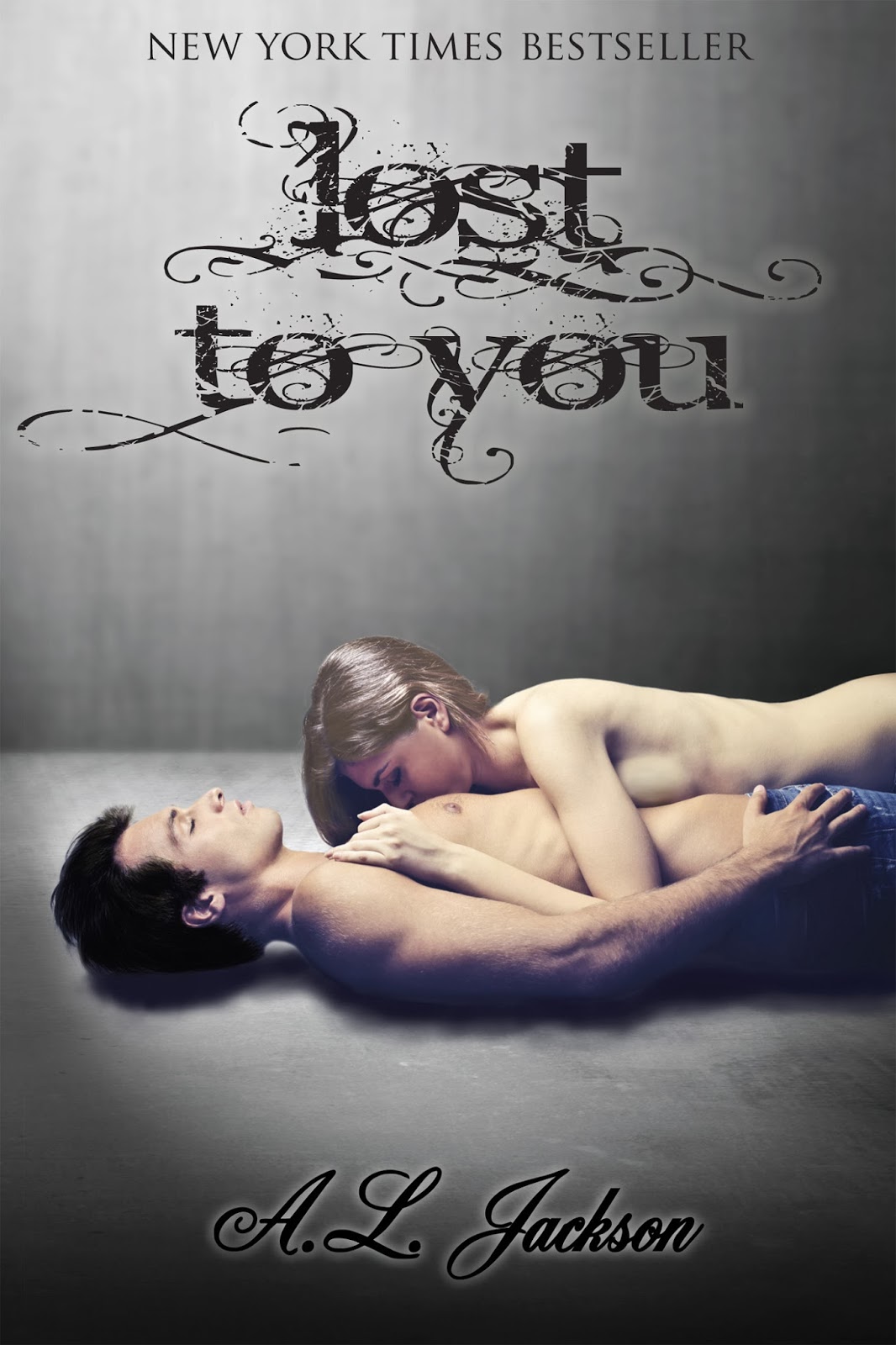 Lost To You (The Regret Series 0.5)
Synopsis
People come into our lives. Some stay, and many go. Some build us up, while most tear us down. They become our friends, our enemies, our lovers, our tormentors.

Christian Davison came into mine, and I knew I’d never be the same.

To Elizabeth Ayers, New York City had always been a dream. She’s worked her entire young life to make it here.

Groomed to one day take over his father’s law firm, attending Columbia University was Christian Davison’s only option.

Neither wanted anything more until they sat across from each other at a café table after being paired as study partners.

Christian wants her, but Elizabeth knows better than to give into their intense attraction. Yet there is little she can do to stay away. 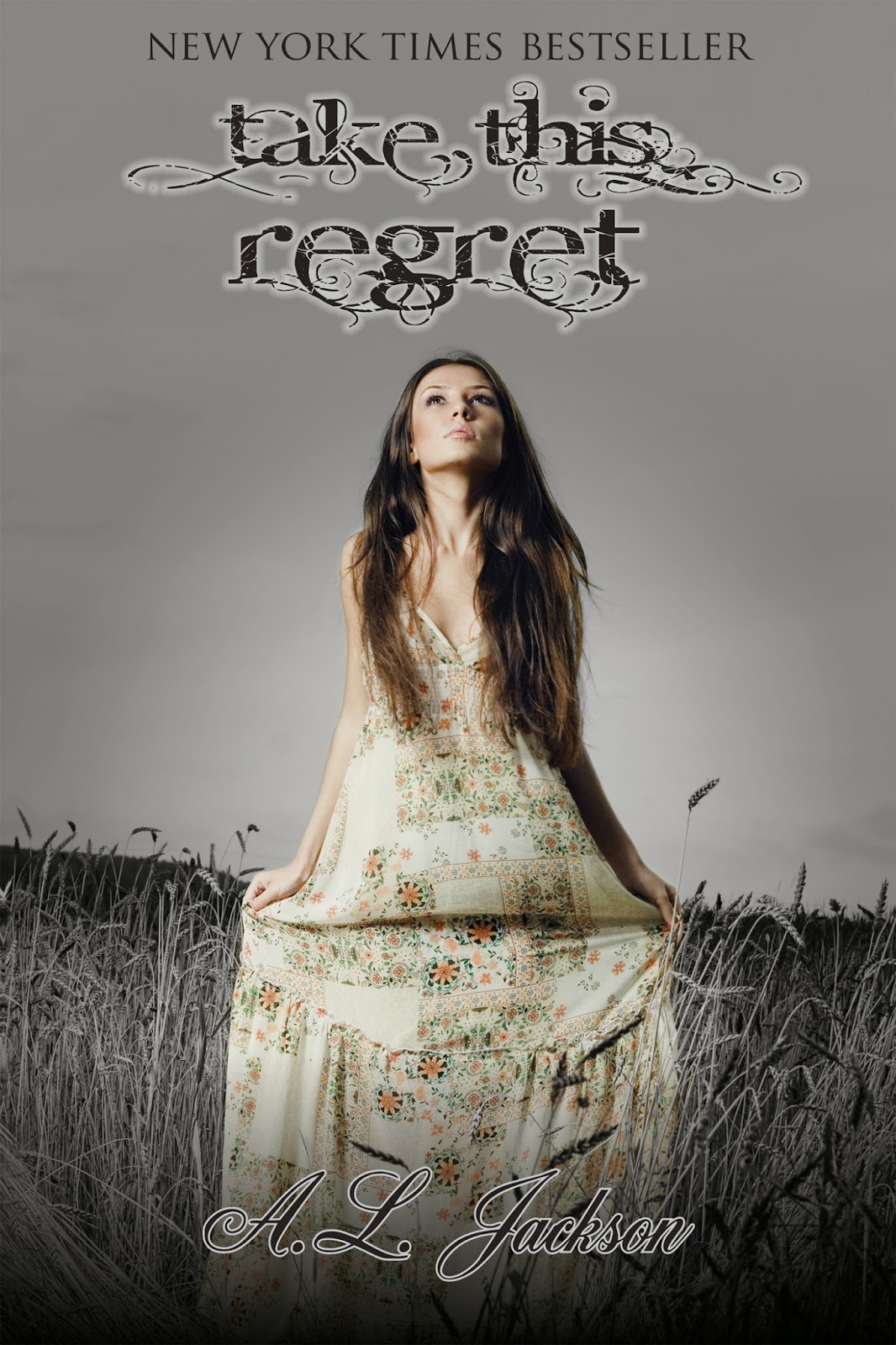 Take This Regret (The Regret Series 1.0)
There are some mistakes we make that we will regret for the rest of our lives.  For Christian, it was the day he betrayed Elizabeth.

Christian Davison has a plan for his life.  He is determined to become an attorney and to one day take his place as partner in his father’s law firm.  Nothing will stand in his way, not even Elizabeth Ayers and their unborn child.

After Christian cuts her from his life, Elizabeth spends the next five years struggling to provide for her daughter and willing to sacrifice anything to give her child a safe, comfortable life.

When Christian wrestles his way into their lives, Elizabeth is faced with asking herself if it is possible to forgive someone when they’ve committed the unforgiveable and if it is possible to find a love after it has been buried in years of hate.  Or are there some wounds that go so deep they can never heal?

They say everyone deserves a second chance. 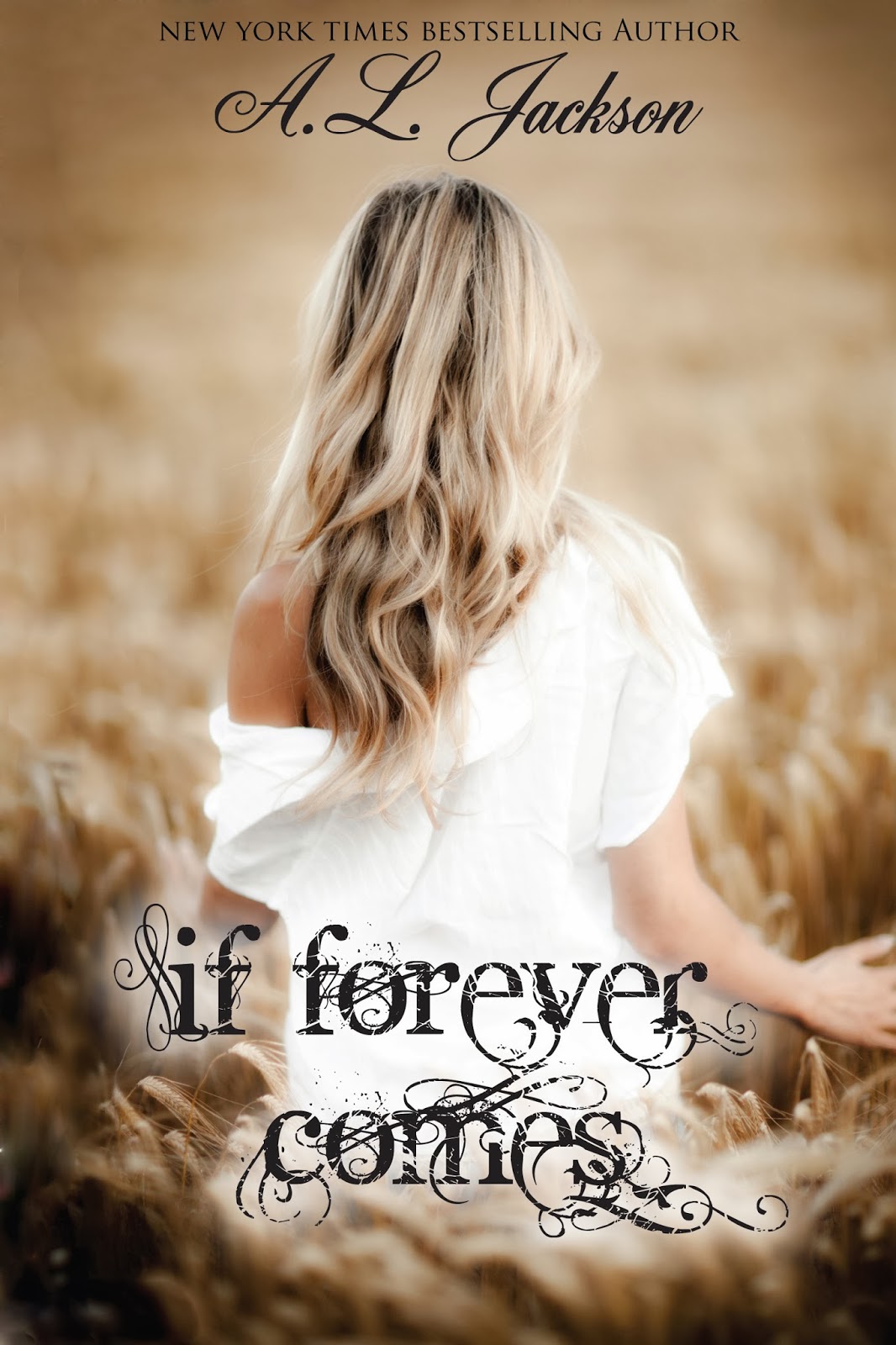 If Forever Comes (The Regret Series 2.0)
If Forever Comes, the final chapter in the New York Times Bestselling Regret Series (Lost to You and Take This Regret).
Christian Davison’s life is complete. With a ring on Elizabeth’s finger and his daughter at his side, he’s ready to run headlong into their future.
Elizabeth Ayers never believed she would again find this kind of joy—the joy of a family and the wholeness found in the touch of the man she’s always loved.
Their love is intense and their passion only grows as they set out to rediscover each other.
But life is never easy.
Rocked by the unforeseen, Christian and Elizabeth will find themselves fighting for the one thing they hold most important—family. 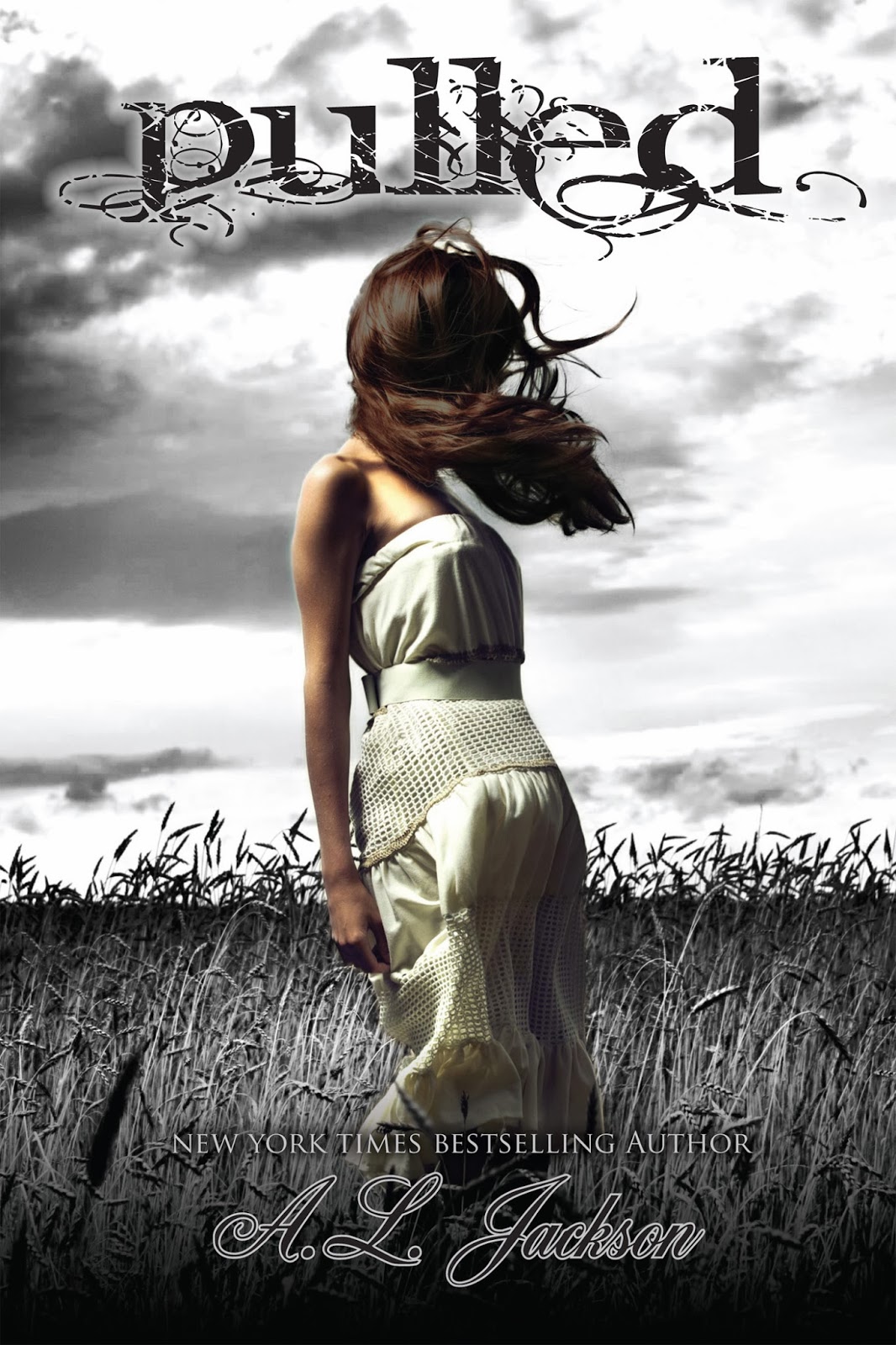 Melanie Winters and Daniel Montgomery shared a love most only dream of, a love they believed bonded them together for life.  When their world is shattered by the tragic loss of their daughter, overwhelming grief and misguided guilt distorts the truth, and their relationship ends in uncertainty and unanswered questions.

For nine years, they drift through life, each unable to forget the one who holds the strings to their heart.  In an attempt to escape the pain of her past, Melanie finds herself trapped in a loveless marriage, while Daniel loses himself in a career that means nothing without Melanie by his side.

Now, when their lives again intersect, neither can deny the connection they felt so long ago.

But will the power that drew them together be enough to heal the wounds from their past, and will they have the courage to overcome the insecurities and fears that threaten to keep them apart?

Pulled is a story of attraction and separation, of destiny and duty, of a love so strong it refuses to give up even when all others have. 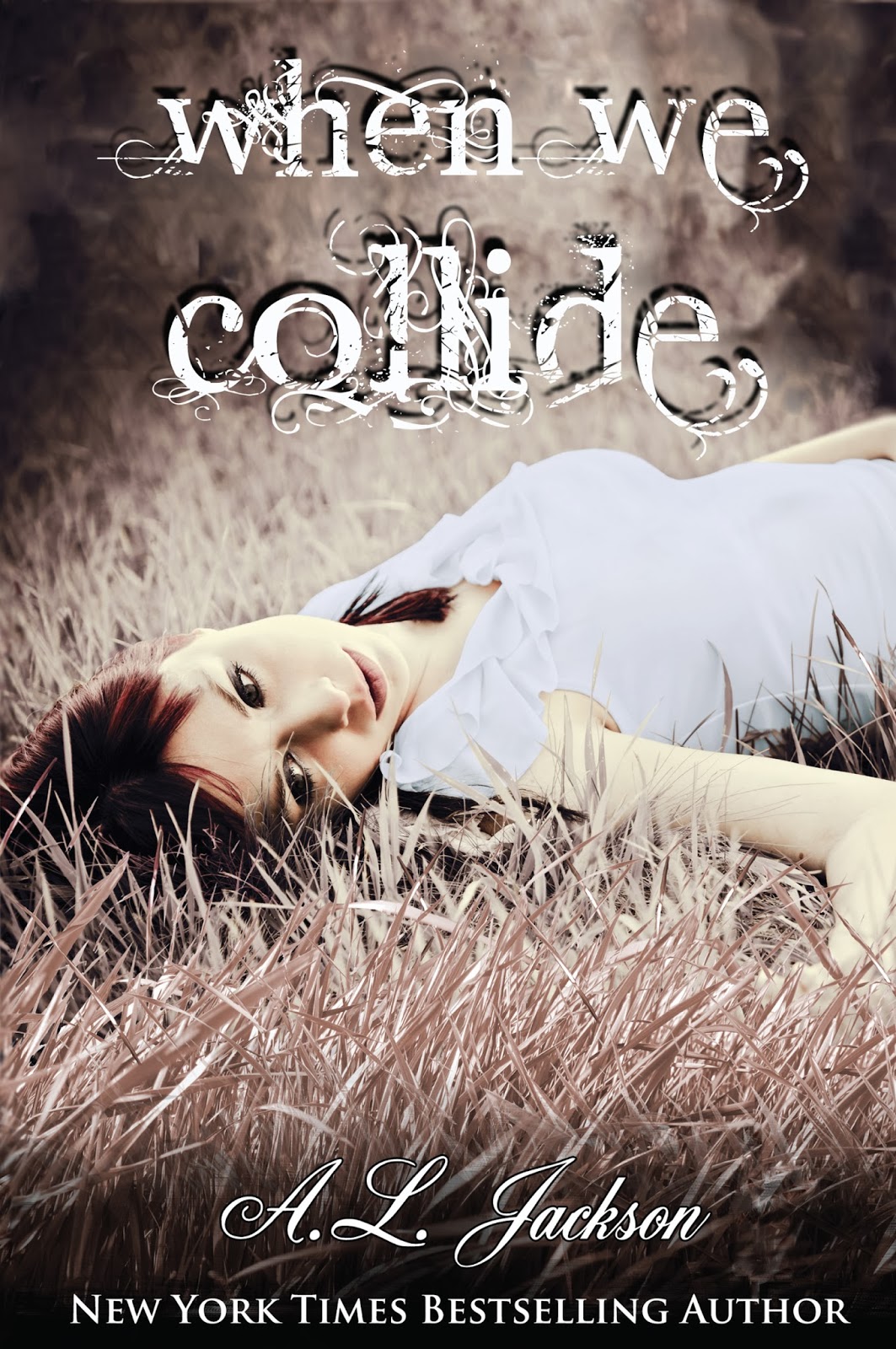 When We Collide
From the bestselling author of Pulled and Take This Regret comes a gripping new tale of loss and love.
William has spent six years running from his past and the last eight months trying to rid his mind of the dreams that increasingly haunt his nights. Trapped in a world of false ambitions and feigned affections, William knows he’s reached a breaking point and something’s going to give.
Maggie had lived her entire life without hope until one man showed her what it meant to be loved. He’d been her light in a lifetime of darkness. Six years ago, that darkness stole him away. Without him, she’s surrendered herself to an existence she doesn’t know how to escape.
When the family William left behind is struck by tragedy, he is called back to the one place he’s sworn to never return to again.
In a moment that will change his life forever, William comes face to face with the girl who, with one look, captured his heart. He is unable to ignore the buried desires and the hope for the future they’d once believed they’d have.
Now William is ready to fight to take back what had been stolen from him six years before.
But he never imagined what that fight might cost him.
Amazon http://bit.ly/WWeCol
Barnes & Noble http://bit.ly/WWCNook
Goodreads http://bit.ly/WWCGoodreads

Posted by Unknown at 5:14 PM No comments: