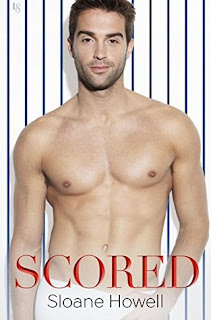 He’s a player. But she’s about to score.

Opposites really do attract* as a sassy salesgirl turns a pro athlete’s life upside down in this supercharged standalone novel of seduction from the author of Bossed.

Kelsey: My mom would tell you I’m quite the catch, but since my last boyfriend, I haven’t been dating much. Maybe it’s my rocker style or my lack of filter that intimidates the boys. So I’m pleasantly surprised when Matt Stallworth waltzes into the indie record store where I work and gives as good he gets. Turns out Matt is a professional baseball player, which should mean he’s out of my league. But if he wants to hook up with me, he’s going to have to follow my rules.

Matt: After winning my MVP award, I learned that a guy can get used to having beautiful women practically throw themselves at you everywhere you turn. But everything changes the first time I see Kelsey Martin, and something just clicks. She’s hot, snarky, and whip-smart. I’ve got to see her again. Only problem is, she sees right through all my best moves. And I’m going to have to step up my game to convince Kelsey that I’m playing for keeps.

This standalone novel includes an excerpt from another Loveswept title.

ARC provided via NerGalley for an honest review

5 'I was jealous of your fingers, getting to touch what I wanted.' Stars

'He's a player.' But you as the reader are about to score by reading this fun and oh so very, very sexy sports romance! Scored is nothing short of bookgasmic perfection! If this book had cheeks, I'd be squishing them so hard right now!! Eeek! It's just too sweet and too addictive for words, deliriously so! I'm a mushy, gushy pile of lustful swoon. Sloane Howell has once again rocked my socks off and hit another of his works out of the park with such a beautiful, well paced home run. This guy really knows how to write swoony AF romance that hits all the "O" notes that gets the butterflies swarming in my belly and my eyes rolling back in such book nerd bliss! Yeah, I guess you could say I kind of really loved this one a whole freaking lot! *le sigh* Everyone likes a dirty, filthy mouth on a hot alpha *wink*

Former player in the sheets and current all-star on the field, Matt Stallworth is a down to earth, dream boat with a heart of gold and a loaded wallet. Ok, he's loaded down *there* too. The one area he is not loaded in is the love-life department, but he has his eyes on one Kelsey Martin. Having been burnt by past love, she's definitely a challenge; but one he's certainly up for!

The thrill of the chase, their magnetic push and pull, the romantically charged swoon and chivalry, their undeniable chemistry combined with laugh out loud humour, wit and banter had me glued to this unputdownable story. Scored had my heart beating double time, soaring, and floating away in euphoric book lovers bliss. Sloane Howell did a fantastic job delivering this story and conveying the emotions involved.

I just can't even when it comes to Sloane Howell, and that's a really, really, really good thing!!!
Scored for the win, a top read of 2017!