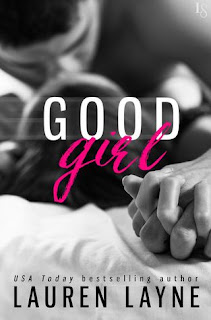 Jenny Dawson moved to Nashville to write music, not get famous. But when her latest record goes double platinum, Jenny’s suddenly one of the town’s biggest stars—and the center of a tabloid scandal connecting her with a pop star she’s barely even met. With paparazzi tracking her every move, Jenny flees to a remote mansion in Louisiana to write her next album. The only hiccup is the unexpected presence of a brooding young caretaker named Noah, whose foul mouth and snap judgments lead to constant bickering—and serious heat.

Noah really should tell Jenny that he’s Preston Noah Maxwell Walcott, the owner of the estate where the feisty country singer has made her spoiled self at home. But the charade gives Noah a much-needed break from his own troubles, and before long, their verbal sparring is indistinguishable from foreplay. But as sizzling nights give way to quiet pillow talk, Noah begins to realize that Jenny’s almost as complicated as he is. To fit into each other’s lives, they’ll need the courage to face their problems together—before the outside world catches up to them.

Review by Jennifer (ARC received for an honest review

Ohhh this was a cute, flirty, funny, country read! I have read most of Lauren’s books and Good Girl is a bit different than what she normally writes but I still very much enjoyed it. Jenny Dawson is a popular country singer and is tired of always being in the public eye. The most recent problem being that the tabloids are reporting that she has done something that she didn’t. Jenny was great! She was full of spunkyness. not afraid to speak her mind and she made me laugh. In the process of getting away from it all she ends up meeting Noah. He judges and dislikes Jenny right away but underneath all of that he is extremely attracted to her but Noah is hiding some secrets of his own. Will their blooming relationship be able to withstand the secrets & lies?

Good Girl is a fun read with low drama. It had just the right amount of entertainment to hold my interest without going overboard. I loved Jenny & Noah and I also loved the side characters as well. I had lots of laughs reading this one!