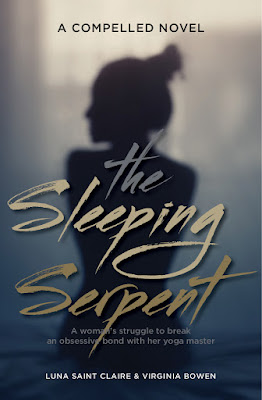 As arousing as 50 Shades, twisted as Gone Girl, and tortured as Wuthering Heights
Whether by free will or fate, Luna’s encounter with Nico provokes a storm that shatters her perceptions of identity, duty, morality, and self-worth. The storm didn’t blow in from the outside. She was the storm. Its turbulence within her, forcing her to confront the darkness, uncovers her secrets and her pain.

BOOK DESCRIPTION
Luna Saint Claire has a loving husband and an enviable career as a Hollywood costume designer. Still, something is gnawing at her. Bored with her conventional and circumscribed existence, she feels herself becoming invisible. When she meets Nico Romero, a charismatic yoga guru, his attentions awaken her passions and desires. Dangerous, but not in a way that scares her, he makes her feel as if anything is possible. Infatuated, she becomes entangled in Nico’s life as he uses his mesmerizing sexuality to manipulate everyone around him in his pursuit of women, wealth, and celebrity.
Immensely erotic and psychologically captivating, The Sleeping Serpent is the compelling story of a woman’s obsession with a spellbinding guru and the struggle to reclaim her life. At its heart, it is a painfully beautiful exposition of unconditional love that makes us question what we truly want.
Compelling...a gripping masterful account of the seductive manipulations of a sociopath.

“She realized in an instant that being around him awakened her, stirring the sediment that had long ago settled at the bottom of her well. He made her feel a part of him...of something larger, and somehow more alive.” 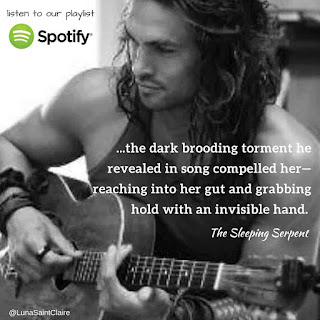 Luna Saint Claire is a costume designer and author residing in Los Angeles with her husband, a philosophy professor. She loves blues rock and Indie music, often setting her Pandora station to Damien Rice. Her personal style can best be described as eclectic bohemian. Though she now enjoys running and yoga, she spent years of her youth in the ballet studio. Her part Native American heritage informs her work as a designer and influences her storytelling.