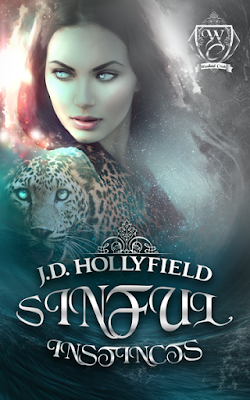 Her Sacrifice.
His Revenge.

How far will they go for Redemption?

Emma Waters is no stranger to a world of abandonment.
Growing up on the wrong side of the Foster care system taught her to count on a life without love. That’s until she meets a man who promises to give her what she’s always wanted: someone to belong to. But Emma soon learns that loving someone she barely knows comes at a price and that price just landed her all alone in a strange town.
Since the death of the woman he loved, Roxsin and the beast inside him, crave revenge. He’ll stop at nothing to find his half-brother and make him pay for her murder. The quest for revenge leads him to the mysterious town of Woodland Creek and the end to his search for vengeance. He’s made his plan. He knows how to end this, but what Roxsin never counted on was finding another woman worth killing for.

When the broken-heart former foster kid and the man obsessed with revenge cross paths, the heat and temptation become combustible, but is Emma willing to sacrifice her heart to another? And if Roxsin vows to stop at nothing to get his revenge, at what expense will they both sacrifice for redemption?
As their worlds collide and secrets of a world Emma never could imagine existed, they must decide if redemption is worth the price of revenge and sacrifice.

Creative designer, mother, wife, writer, part time supehero...
J.D. Hollyfield is a creative designer by day and superhero by night. When she is not trying to save the world one happy ending at a time, she enjoys the snuggles of her husband, son and three doxies. With her love for romance, and head full of book boyfriends, she was inspired to test her creative abilities and bring her own story to life.
Life in a Rut, Love not Included is her Debut Novel. J.D. Hollyfield lives in the Midwest, and is currently at work on blowing the minds of readers, with the additions to the Love not Included series, along with her charm, humor and HEA's. 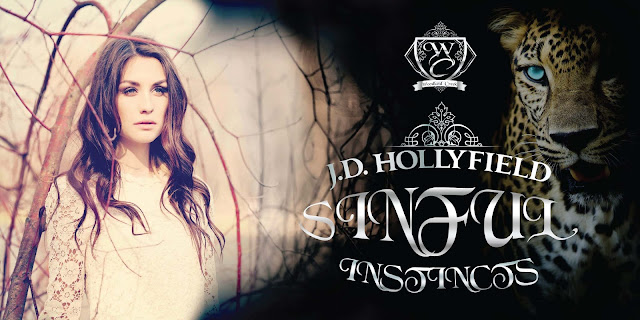