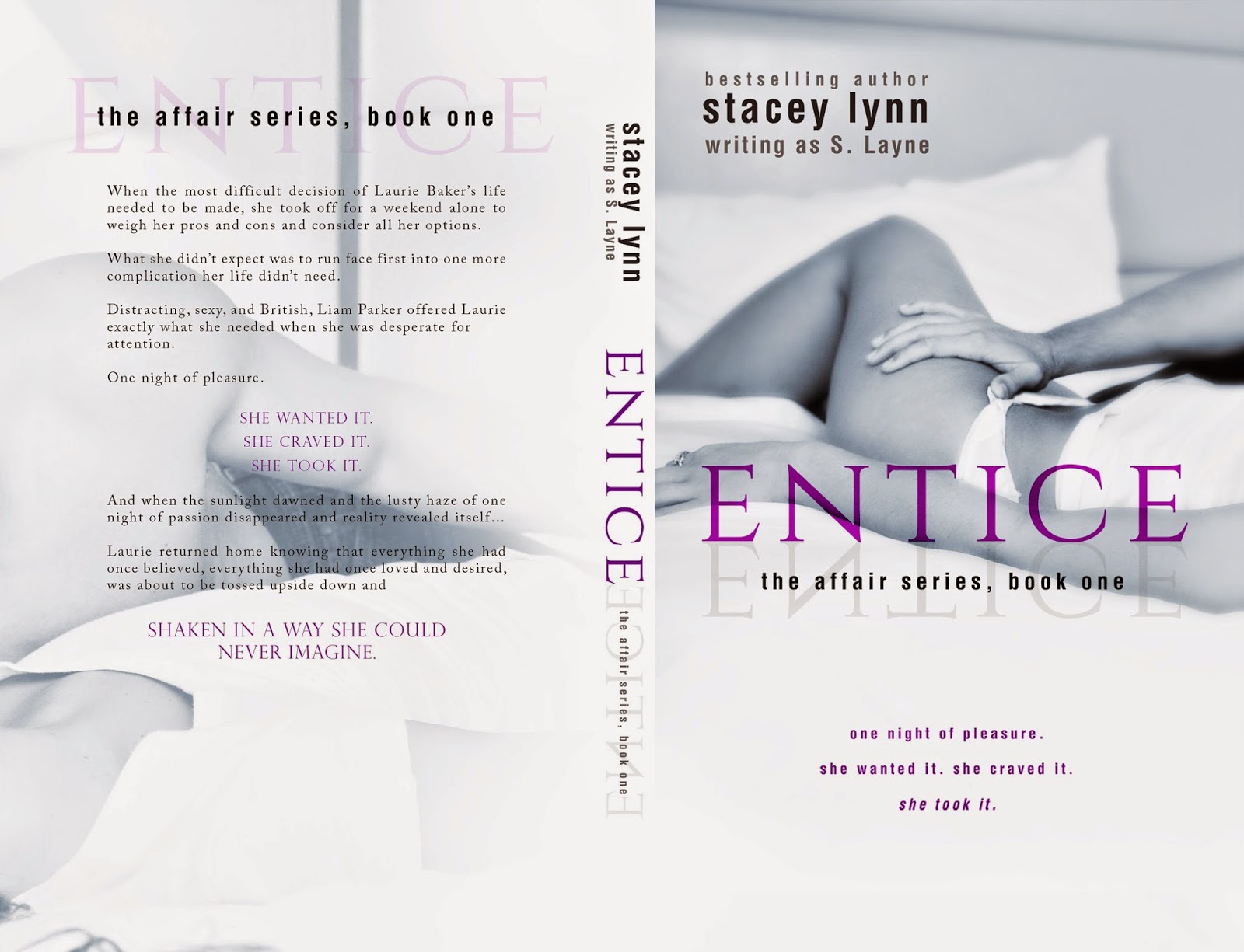 ENTICE
the affair series, book one
by Stacey Lynn writing as S. Layne is
NOW LIVE!

When the most difficult decision of Laurie Baker’s life needed to be made, she took off for a weekend alone to weigh her pros and cons and consider all her options.

What she didn’t expect was to run face first into one more complication her life didn’t need.

Distracting, sexy, and British, Liam Parker offered Laurie exactly what she needed when she was desperate for attention.

One night of pleasure. 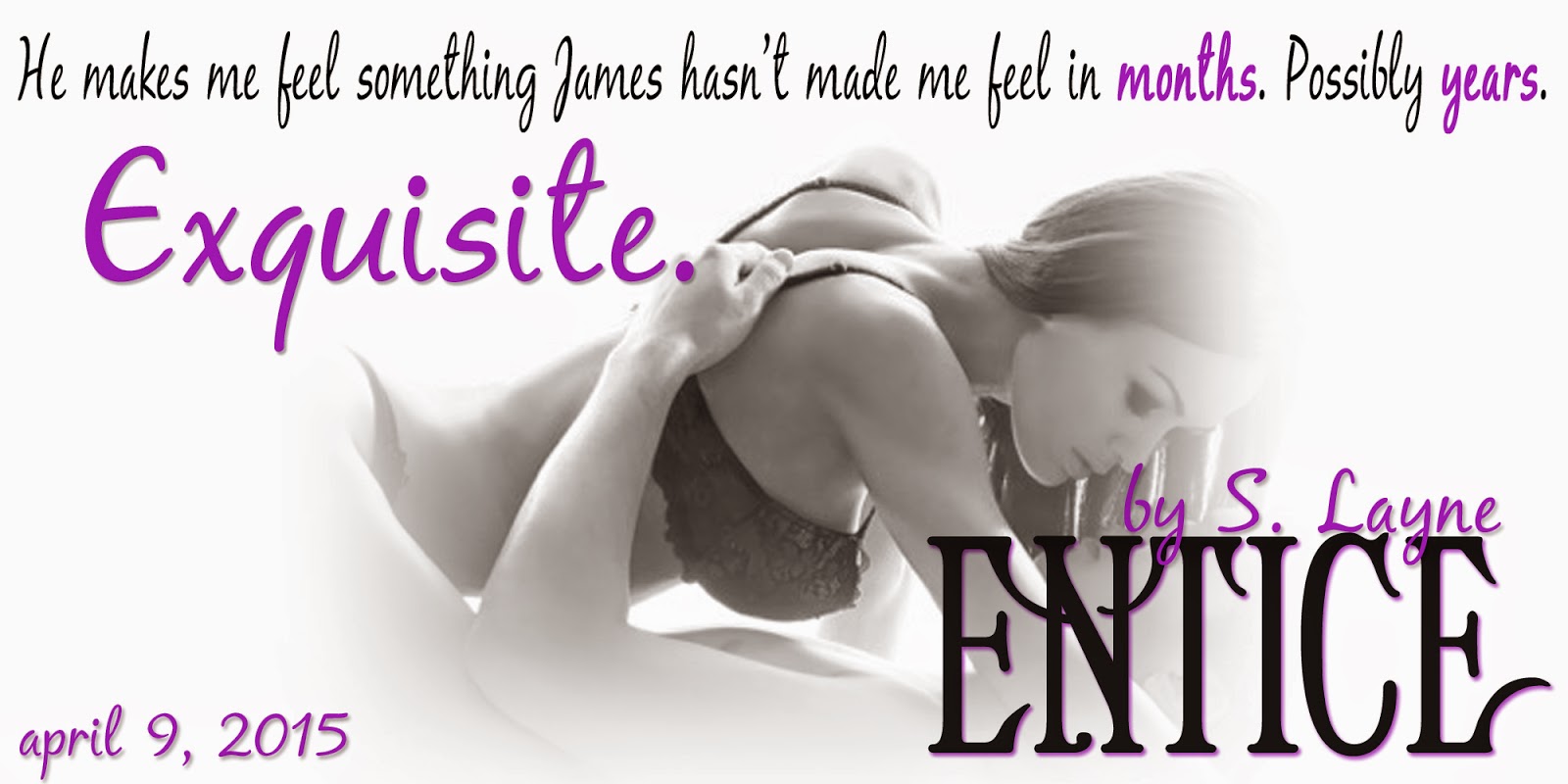 Received ARC for an honest review
Review by Jennifer 4.5 stars

Good googly this book starts off HOT! It doesn’t waste any time getting to the goods that’s for sure and I enjoyed every second of it!
Laurie is a strong woman who believed she had found her HEA with her long time boyfriend turned husband James. However when she stumbles across a shocking secret that he has been keeping it has her questioning everything about her marriage, the man she thought she knew and herself.
What I liked about this book was that it dealt with real feelings. The feelings at which a person would feel learning the secret that Laurie learns. It is heart wrenching at times and you will really feel her sadness and loss for what she thought was her HEA.
Liam is exactly what Laurie needs at this time in her life. He is handsome, confident , not afraid to ask for what he wants and he wants Laurie . This makes her feel feelings she hasn’t felt in a long time and it confuses her. BUT what he offers and what she gets end up being two different things and Liam is hiding some secrets of his own.
What will happen when Laurie finds this out? Will she be able to make a go of it with James or end up taking what Liam has to offer? You’ll have to read the book to find out.

S. Layne currently lives in Minnesota with her husband and four children. When she’s not conquering mountains of laundry and fighting a war against dust bunnies and cracker crumbs, you can find her playing with her children, curled up on the couch with a good book, or on the boat with her family enjoying Minnesota’s beautiful, yet too short, summer.
She lives off her daily pot of coffee, can only write with a bowlful of Skittles nearby, and has been in love with romance novels since before she could drive herself to the library. 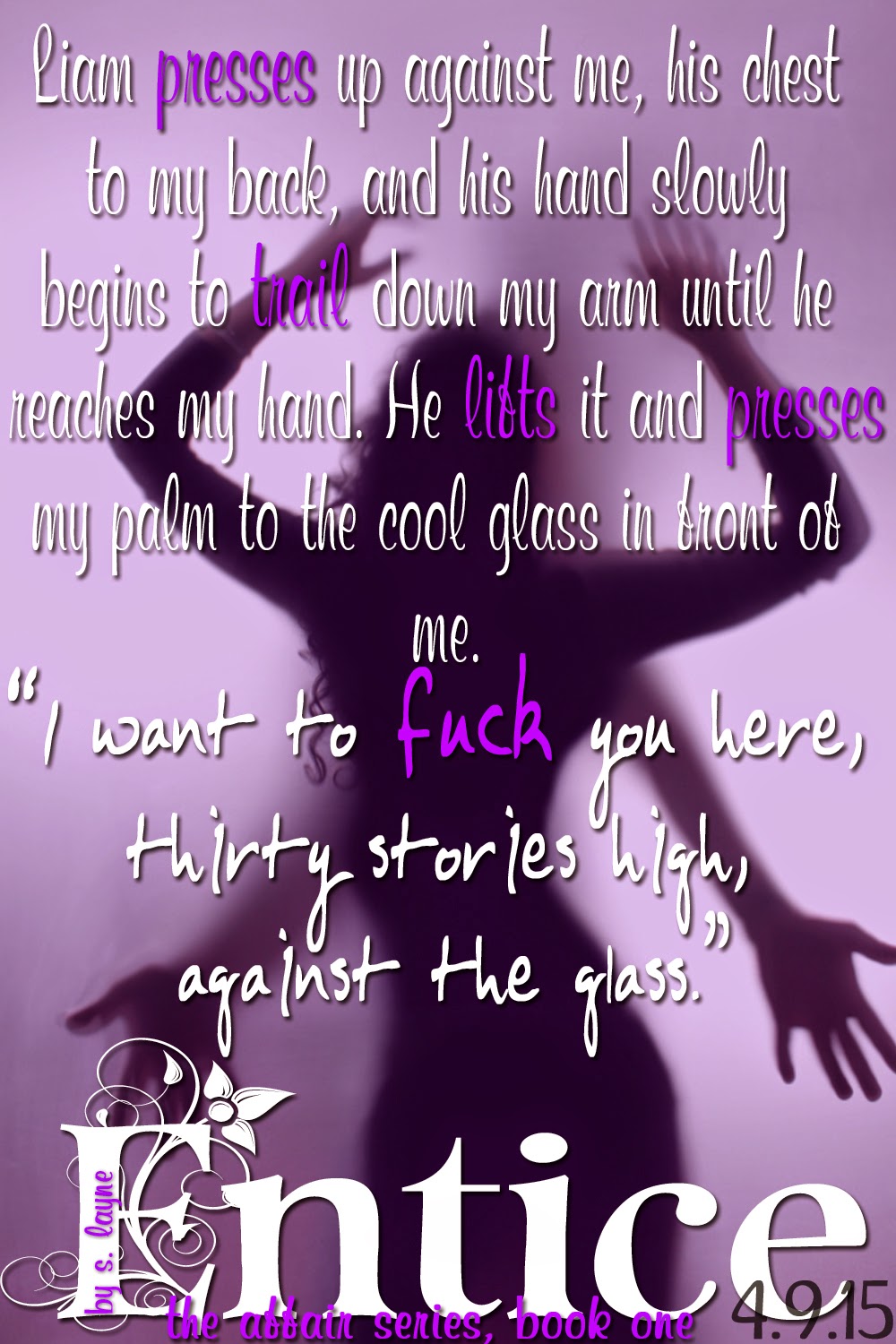