Not afraid to speak his mind or make a scene, Nathaniel Kelly has made a name for himself as country music’s ultimate bad boy.
Covered in tattoos, singing songs about drugs, drinking and heartache, Nate acts more like an out of control rock star than the grandson of one of the genres most influential and legendary stars. Every man wants to be him. Every woman wants just one night with the hard-rocking country rebel.
Except me. I just want to know that the boy I used to love is happy and that I didn’t break his heart in vain. That’s why I buy every magazine that even mentions his name; at least, that’s the story I tell myself.
When my friends gave me a birthday present any fan would die for, I was suddenly face-to-face with the man I never thought I’d see again. My body wasn’t supposed to react to him the way it did. And, Nate sure as hell wasn’t supposed to look at me the way he used to.
Can someone you loved as a teenager really have a hold on your heart twelve years later? Is it ever too late to say you’re sorry and make up for past wrongs? I’m about to find out. 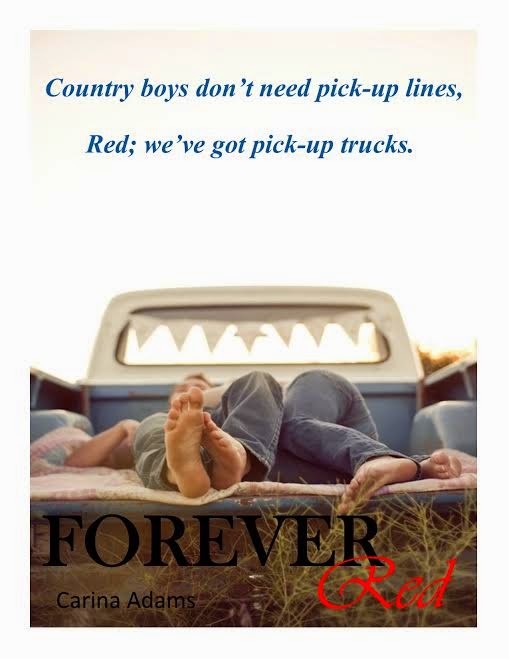 “I told the reporter that I had a girlfriend. And just so we’re all on the same page, that’s you. You’re my girlfriend.”

“Oh, really? Aren’t you supposed to ask me or something? I mean, if we’re going to act twelve, we should go all out.”

“Baby girl, I’m Nate Kelly. You should just be on your knees, thanking God right now that you get to call yourself my girlfriend.”

“I’m concerned about your lack of self-esteem. You really need to learn how to love yourself despite all your flaws.”

I laughed as I hung up, turning to find Rebel and Boone staring at me. “Girlfriend?” the latter choked out around a laugh. Charlie “Boone” Boone, could play anything with keys and the way he played the piano made people stop and listen. But he was an ass that would cling to whatever weakness he could find. “Did I just hear you say the word girlfriend?”


I was a beta reader for this amazing book! First thing I want to say is get your one click finger ready!! This is one of my all time favorite books! I was basically begging for more chapters so I could find out what was happening next! Nate and Lia meet as teenagers and fall in love, then they fall apart. . Can they beat all odds and make it work years later with him being a sexy country superstar and her being a stubborn feisty red head. They journey is amazing! I loved reading their story. It has perfect amounts of angst, sweet and funny. I recommend this book to everyone!

Squeeeeze! I loved this book! Let me say it one more time I LOVED THIS BOOK, it was such a beautiful love story that really makes you believe in finding your one true love in life.

I want to start this review out by mentioning Lia the heroine. I don’t often talk about the heroines in my reviews because let’s face it, the men usually steal the show BUT I must say Lia is my favorite heroine that I have found in a book so far. In the beginning she is a strong teenage girl who isn’t afraid to go after who or what she wants and she makes no excuses for who she is. And even though she is made fun of and trashed in the beginning of the book she doesn’t let that get her down or change who she is. The second half of the book we get to see how she has grown into an even stronger, mature, independent, very secure in herself woman. I loved that there wasn’t any whining from her, she rolled with the punches and at times she punched right back.

Okay…now onto the man…(sighs) Nate….(more sighing) has to be THE sweetest book boyfriend that I have come across in a while. He really was just perfect in every way. I loved him right from the beginning even when he was a teenager in high school and then he grew into an even more perfect man. He was the type of person that loved with his whole heart and believed that there was only one woman for him and the more I think about him the more I still keep swooning.

Now there were a couple of characters in the book that I wanted to b***ch slap. A LOT! They drove me crazy but of course they were meant to and trust me they will drive you crazy as well but other than them ALL the characters were fabulous in this book, I LOOOVED them all!

This second chance love story starts at the very beginning of Lia & Nate meeting and then spans years and years. It will grab a hold of your heart very early on and it will not let it go through the entire story. I actually made myself read slowly because I didn’t want it to end. The Author is such a great writer that she pulls you into these characters lives and the story and you might think you will know what is going to happen next but you won’t. Carina is great at keeping her readers on their toes and not giving them all the story until they need it and I for one absolutely love her writing. I have read all of Carina’s books and while I do love all of them I think this one is my favorite at this time. Thank you Carina for writing such a wonderful, heartwarming love story with a dash of drama that truly did make me believe that there is that one special person for everyone!

Carina Adams has been writing and creating characters for as long as she can remember, allowing her to fall in love with the next man of her dreams with every new story.
Thankfully, fate stepped in and granted her the ultimate wish - a life full of men. Carina lives in a picturesque New England town with her husband, the one man that ruined the thought of all others, and two amazing sons that always keep her on her toes.
When she isn’t trying to juggle being a working mom with karate and football practices, surprising her children with her sci-fi movie knowledge, or writing, you can find her with her nose pressed against her kindle in search of her new favorite vampire story, training for a 5k, or laughing with friends.
Carina loves to hear feedback from her readers. You can email her at: carinaadamswrites@gmail.com

a Rafflecopter giveaway
Posted by Unknown at 7:48 PM