Synopsis
Not afraid to speak his mind or make a scene, Nathaniel Kelly has made a name for himself as country music’s ultimate bad boy.
Covered in tattoos, singing songs about drugs, drinking and heartache, Nate acts more like an out of control rock star than the grandson of one of the genres most influential and legendary stars. Every man wants to be him. Every woman wants just one night with the hard-rocking country rebel.
Except me. I just want to know that the boy I used to love is happy and that I didn’t break his heart in vain. That’s why I buy every magazine that even mentions his name; at least, that’s the story I tell myself.
When my friends gave me a birthday present any fan would die for, I was suddenly face-to-face with the man I never thought I’d see again. My body wasn’t supposed to react to him the way it did. And, Nate sure as hell wasn’t supposed to look at me the way he used to.
Can someone you loved as a teenager really have a hold on your heart twelve years later? Is it ever too late to say you’re sorry and make up for past wrongs? I’m about to find out.
Excerpt
I’d always planned to get the hell out of my hometown as soon as high school was over. Hell, once I hit tenth grade, I couldn’t pack my bags fast enough. I wanted nothing more than to see that shitty little town, and all of its residents, shrinking in my rearview mirror as soon as possible.

What I hadn’t planned on was having someone in my life who was so important that he made me question everything and wonder if I should stay. Or, that someone giving up everything so he didn’t have to leave me. I couldn’t let him do it, couldn’t let me be the thing that held him back, couldn’t let his love for me destroy his dreams. So, I did the only thing I could do; I wrecked it all.

For me, there was no simplicity of burning bridges. No, I strapped dynamite to every single one, blowing them into tiny smithereens. Then, I’d bulldozed each surviving piece into a pile, doused it with kerosene, and aimed a blow torch toward the debris, just to make sure there would be nothing left. As the flames roared to life, I danced around the blaze, drinking whiskey straight from the bottle, toasting the life I’d had, acting like a crazed woman performing a sacred ritual. As the last of the ashes drifted into the sky, fading from red hot into cold black, I sobbed, knowing there was no way I could ever undo the damage I’d just done.

It was stupid, dangerous, and devastating, but I needed to make sure every single relationship I had was destroyed. The only way I would be able to move on somewhere else was if there was no reason left for me to go back, and no way I could ever show my face there again, even if I’d wanted to. Unfortunately, I needed to hurt him, to decimate him, so he would hate me and could let me go and build a stronger life without me.

The one thing I never thought about, the one thing I hadn’t taken into consideration, was that most eighteen-year-old girls are idiots. They run on pure emotion, thinking with their heart, not their head. I’d thought I was so mature, that somehow I’d had all the answers and knew what was best for everyone, so I made their decisions for them. In reality, I was just a naïve small-town girl with more fashion sense than common sense – and looking back at the pictures proves I didn’t know fashion for shit. What seemed like the perfect idea all those years ago was now my biggest regret.
About The Author

Carina Adams has been writing and creating characters for as long as she can remember, allowing her to fall in love with the next man of her dreams with every new story.
Thankfully, fate stepped in and granted her the ultimate wish - a life full of men. Carina lives in a picturesque New England town with her husband, the one man that ruined the thought of all others, and two amazing sons that always keep her on her toes.
When she isn’t trying to juggle being a working mom with karate and football practices, surprising her children with her sci-fi movie knowledge, or writing, you can find her with her nose pressed against her kindle in search of her new favorite vampire story, training for a 5k, or laughing with friends.
Carina loves to hear feedback from her readers. You can email her at: carinaadamswrites@gmail.com 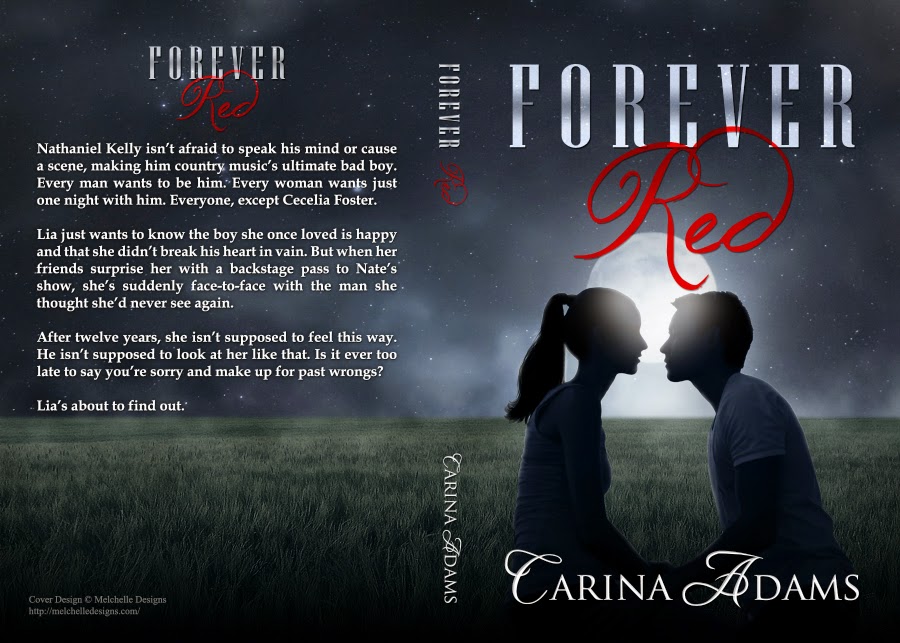